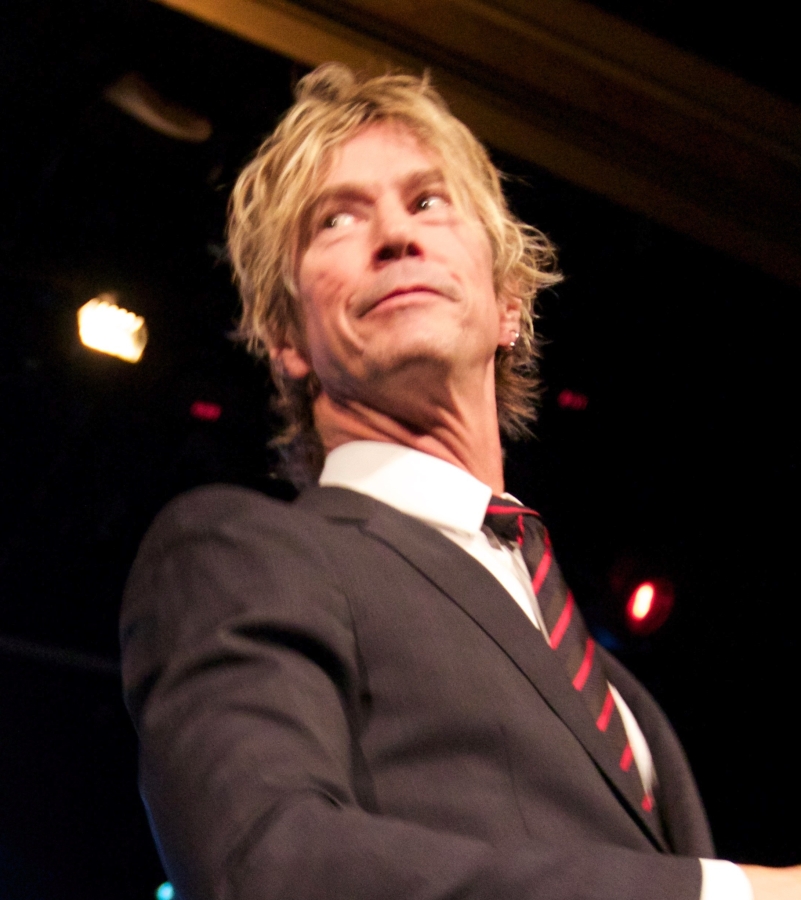 Some time ago, while living in Port Townsend, Washington, I met a lady on the Craig’s lonely hearts list, who was a “Head Banger”. She wanted to see Washington State, as she was escaping a life of drugs and alcohol in New Jersey. So she had me take her to Aberdeen, Washington, who’s only name to fame is the sad story of Kurt Colvane’s short life and death. One of the forming leaders of Nirvana, and one of her idols. So I took her to his monument in Aberdeen, Wa. and we learned all about him.
Then one day a couple of weeks later, she called me up and said she had tickets to an evening with Kirst Novoselic,who had been the bassist for Nirvana, and Duf McGraf, the bassist for Guns and roses. They were putting on a show in a small cozy venue in Seattle. I dressed wildly as I could, and brought my Canon 60D with a big lens at her request. I had promised some really good pictures.
Duf was pushing his book, “How to be a Man” which is preaching anti drugs to youth. Kirst is a columnist for the Seattle Times, and was in full support of McKagen in this endeavor, and supporting the same. Older, huge stars who did not go down to addictions, telling young skulls full of mush to stay away from drugs.
Members of the audience were offered a mic to speak with them on stage so when I got my turn on the mic, I praised their work, and likened their work to Alice Cooper, who also does a lot for anti drugs on Alice Cooper Nights radio. They seemed to appreciate the comparison.
At  the end of the show, there was to be a meet and greet session with the stars. My girlfriend wanted pictures of her with them but the producers and arena security were taking people’s cell phones and taking pictures for them. So, noticing this, I asked security could I take pictures of Janet and the stars with my camera myself, and got the OK. So Kirst was first and I got great pictures of him with her. Then, from my position, I shot a few for another guy and was gona email them to him. It was then that I snapped a shot of Duf, who gave me a really hateful look.
…then,
All of a sudden, a heavy hand grabs my shoulder and says ,”You’re done!!” and escorted me to the side walk, with no explanation. I was dazed and confused, until later an arena guy laughed and said it was the camera! Duf had thought I was Paperazzi or something. For some reason, though, I deleted that priceless image of the pissed off look on his face with his eyes on me!
I now look back and laugh at the day I got thrown out of a theater by the Guns and Roses bass Player!